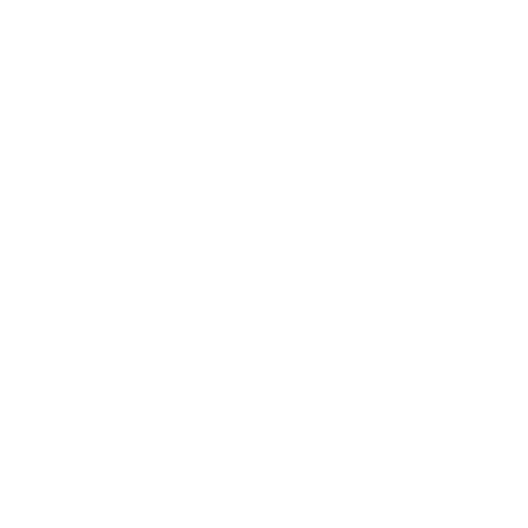 If your social media holiday calendar is looking thin and you need to think of some good holiday social media post ideas ASAP, this is for YOU!

How can you make Fall social media posts and holiday social media posts that’ll bring in new followers while keeping current ones engaged? We can learn a few valuable lessons from a certain wildly successful, award-winning campaign for an annual drink that literally marks the arrival of Fall for many. That’s right, I’m talking about none other than…

…the Pumpkin Spice Latte by Starbucks.

The Story behind the Pumpkin Spice Latte Phenomenon

Forget the sweater weather and leaves changing color. On social media, NOTHING signals the arrival of Fall + the holiday season like pumpkin spice lattes. For many years, Starbucks has had a complete chokehold on the coffee-loving girlies who rush to social media to post their long-awaited pumpkin spice lattes (aka PSLs) in seasonally-themed cups.

How the hell does Starbucks sell so many damn flavored coffees?

Starbucks has won a number of awards for their pumpkin spice latte social media campaigns, so they must be doing SOMETHING right. That’s why today, I’m doing a deep dive into how Starbucks used social media to make PSLs a social media phenomenon, and tips to steal from Starbucks for your holiday social media post ideas.

Grab your coffee (or tea) and let’s dig in.

Pumpkin spice lattes are apparently a magical concoction of cinnamon, ginger, nutmeg, allspice, and now pumpkin (yes – apparently PSLs did not include pumpkin until 2015). They elicit feelings of joy about the arrival of Fall, excitement about the holiday season, and, nostalgia around treasured holiday memories.

Cornell Food and Brand Lab told Buzzfeed regarding pumpkin spice: “It’s not even about the flavour necessarily, but something that you marked in the consumer’s mind through flavours, aromas, and textures. Everything that evokes nostalgia for the current market — mostly millennials — is huge. It’s a generation that is very attached to their youth.”

Starbucks clearly understands this, because their social media marketing has literally positioned PSLs as THE signal that Fall has arrived:

It’s important to understand the mindset, thoughts, and feelings of your audience – especially during the holiday season.

If you’re a product-based business, how do your products elicit feelings of the season? Where would your customer be wearing your pieces this time of year? Who would they be gifting them to? How would your product make their lives a little sweeter during this hectic time of year when everyone’s worried about finding presents for loved ones and spending time with family?

If you’re a service-based business, why is this the perfect time of year for your services? How can they help your audience prep as they set their goals for the end of the year or the new year? How can you alleviate a key challenge they’re facing, especially right now?

If you can think of holiday social media post ideas that answer those questions, you’ve got social media marketing gold.

Starbucks has done a pretty great job of using social media as a tool to create a highly engaged fan base around their famous seasonal drink. They create immersive online experiences that build their community and create a sense of exclusivity by incentivizing their fans.

A few years ago, Starbucks celebrated the arrival of PSL season by hosting a Fallifier live stream where they had a fictional machine, which of course was in the shape of a giant pumpkin spice latte, turn Summer items into Fall items.

Another year, they hosted a ‘Split the Spice’ challenge on Twitter where they shared a series of daily clues. Followers who were able to solve the clues got a secret password they could use to order a pumpkin spice latte a week earlier than its official seasonal release.

Entertainment-driven content is ALWAYS among the most shareable and engaging content you can create on social media. Starbucks clearly knows this well, because they often take an entertainment-first approach to PSL’s social media presence.

A few years ago, they put a pair of sunnies on a PSL and posted random (but admittedly funny) pictures of the signature coffee in random human-like scenarios. The posts garnered tons of engagement for the brand across its social media channels.

Resist the urge to post stale content that simply tells your audience what you have on sale and how they can buy it. Instead, think of relatable feelings your audience may be feeling, timely tie-ins they’ll understand, and use them to create entertainment content for your socials. This type of content hits extra hard during this time of year to grow your audience & sell your products/services.

The holidays are soooo close! Use this time to think of awesome holiday social media post ideas, plan out your campaigns, and start promoting early. Look to Starbucks’ approach for inspo on how to create content that stands apart from all the noise that will be on social media during this time of year.

Grab your deck of Content Cards, which includes over 30 evergreen content prompts you can use any time of year to engage, nurture, and convert your audience on social media.

Learn more and grab yours now.

All Images Sourced from Giphy

More On The Blog

Content systems are really the MVP for making show

This website uses cookies to improve your experience while you navigate through the website. Out of these, the cookies that are categorized as necessary are stored on your browser as they are essential for the working of basic functionalities of the website. We also use third-party cookies that help us analyze and understand how you use this website. These cookies will be stored in your browser only with your consent. You also have the option to opt-out of these cookies. But opting out of some of these cookies may affect your browsing experience.
Necessary Always Enabled
Necessary cookies are absolutely essential for the website to function properly. These cookies ensure basic functionalities and security features of the website, anonymously.
Functional
Functional cookies help to perform certain functionalities like sharing the content of the website on social media platforms, collect feedbacks, and other third-party features.
Performance
Performance cookies are used to understand and analyze the key performance indexes of the website which helps in delivering a better user experience for the visitors.
Analytics
Analytical cookies are used to understand how visitors interact with the website. These cookies help provide information on metrics the number of visitors, bounce rate, traffic source, etc.
Advertisement
Advertisement cookies are used to provide visitors with relevant ads and marketing campaigns. These cookies track visitors across websites and collect information to provide customized ads.
Others
Other uncategorized cookies are those that are being analyzed and have not been classified into a category as yet.
SAVE & ACCEPT
Menu
No products in the cart.
$0.00 Cart
Instagram Facebook Twitter Pinterest